Experienced | Driven | Asertive Contact Us Now For a Free Consultation

Federal and state false claims acts have become common avenues for individuals concerned about the ethical and legal claims their employers make for reimbursements of payments from their governments.

Federal whistleblowers racked up $6.6 billion in awards for their claims in federal courts for the ten years between 2008 and 2017.

They caused their false claim employers to pay more than $56 billion in settlements that encompassed reimbursements, refunds, penalties and interest for the government.

END_OF_DOCUMENT_TOKEN_TO_BE_REPLACED

Watts Law Firm PC recently settled a federal and state whistleblower case that required the defendant, Brattleboro Memorial Hospital (“BMH”), to pay $1.7 million to resolve the civil claim that BMH violated the federal and state False Claims Acts. Our suit alleged that BMH knowingly presented or caused to be presented false claims for payments to Medicare and Medicaid.

We brought the suit on behalf of Amy Beth Mean who had been BMH’s administrative employee with responsibilities for its financial services. Ms. Mean is an experienced hospital administrator with a Masters of Business Administration in Healthcare Management, a Bachelor of Arts with concentration in Health Systems Management.

END_OF_DOCUMENT_TOKEN_TO_BE_REPLACED

The recent revelations of sexual harassment and assault by politicians, movie moguls and stars, corporate officials and sports personalities have risen to a crescendo that cannot be ignored by or hidden from the public, law enforcement or civil courts.

The media focus on abusive conduct spotlights the tip of the iceberg, the high visibility events.  But most abuse occurs in more mundane circumstances, especially in the employment setting.  Most often, a senior person abuses a junior or new employee.

Women employed in more common professions are coming forward with their accusations of abuse at the hands of supervisors. It takes courage to complain about a person’s abusive boss.  The fear of retaliation is central and keen – and correctly so. Usually, the abused person is discouraged from reporting the abuse or seeking a remedy. Unfortunately, it seems most abusers escape punishment.

END_OF_DOCUMENT_TOKEN_TO_BE_REPLACED

The decision will ease the path to financial awards and protections for employees who report their employer’s illegal, false or fraudulent billings to the government.

Over the decades, especially since the Clinton administration strengthened the law, whistleblowers frequently succeeded against corrupt corporations.

END_OF_DOCUMENT_TOKEN_TO_BE_REPLACED

We previously expressed the view that the gender gap in the U.S. employment markets has evolved little despite President Obama’s efforts on behalf of women since his Inauguration, congress has prevented most of his measures from being enacted.  But the first bill the president signed into law, the Lilly Ledbetter Fair Pay Act (2009), struck down a court decision disadvantaging women who claims discrimination in the work place. The measure, and others, provided a modicum of progress for employed women.

As we have observed previously in this Blog, progress has been tragically slow.  Women hold a mere 4.8 percent of Fortune 500 CEO positions.  Almost a quarter of the firms on the same list have no women in executive positions. Google reported that only 17% of its technology workers are female.

Naturally, those figures are viewing the top of the employment spectrum.  For those of us who live and work below the top rung, in the vast middle class, treatment of women is little better.  Actually, it is worse.

END_OF_DOCUMENT_TOKEN_TO_BE_REPLACED

A recent national journalistic piece counselled employers about firing employees.  Many employers need the advice.  Employers can be ruthless when they decide they want to remove an employee – regardless of the employee’s tenure or devotion to the firm.

The journalist’s coaching was not directed towards the subject of fairness towards the employees.  Rather, the theme was concerned protection employers from former employee lawsuits.

END_OF_DOCUMENT_TOKEN_TO_BE_REPLACED

Many people have experienced their employer’s abuse.  The abuse may take the form of verbal humiliations and disgrace, demotion, dismissal from employment and replacement by a younger, less experienced and less costly employee or coercion to work for reduce or no compensation or benefits.

Employers justify their antics by citing weak demand in an anemic economy.  Oddly, most people fail to protest or fight back.  After all, the employer has the leverage in the employment relationship.

In many employment relationships the employer hires an employee as an “at-will” employee who could be fired or demoted for any reason or no reason.  At the same time, the employers often induce prospective employees by providing them with a handbook delineating fairness procedures including progressive discipline with warnings and evaluations to keep the employee posted on his or her status.

END_OF_DOCUMENT_TOKEN_TO_BE_REPLACED

Many individuals who experienced injuries resulting from medical procedures do not pursue the care provider for the monetary (or non-monetary) compensation related to their injuries — for a variety of reasons.  The primary reason is litigation’s tension, uncertainty and expense.

Whether a health care provider caused a medically-related injury is a question for a jury to decide based on witness testimony, including expert physicians or nurses.

No injured person should go without compensation to pay for the costs of repair – to his or her body, psyche or bank account.

END_OF_DOCUMENT_TOKEN_TO_BE_REPLACED

Gender discrimination is rampant in American society.  This notion is particularly true in the field of employment.  Women compose approximately 49 percent of the US labor pool.  Women have elevated to chief executive officer in a few major US corporations.  But women are CEO’s in merely 3 percent of public US firms.

END_OF_DOCUMENT_TOKEN_TO_BE_REPLACED

The Vermont Supreme Court recently confirmed that notion in Taylor v. Fletcher Allen Medical Center, a case involving a woman who experienced complications arising from lumbar spinal surgery. But it is more than a truism; it is a rule of law that plaintiffs must present medical negligence evidence through an expert in the field who is knowledgeable and experience concerning the type of procedure and injury and familiar with the plaintiff’s medical records.  The rule exists in the New England states and in most states in the U.S. 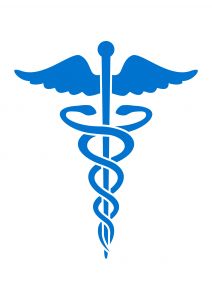 In the case, after the patient underwent the surgery, she experienced an accident in the hospital in which a nurse did not assist her appropriately during a bathroom visit.  The woman fell.  She experienced renewed physical pain. The woman asserted that the nurse was negligent, causing her to fall and re-injure her spine. She claimed that the fall caused a new injury causing her to experience severe physical and emotional pain. She also contended that the corrective surgery failed to adequately resolve her pre-surgery pain condition. Finally, she alleged that the hospital “covered-up” a key CT scan. Unable to find an attorney, she sued the hospital that performed the surgery on her own.  END_OF_DOCUMENT_TOKEN_TO_BE_REPLACED